Tip: How to design around assets that you have in your room. Sometimes the best thing you can do before starting a re-design of the space, is to take inventory of what is there. Starting from scratch is not always needed to get to a stunning result. In this room the window treatment was a Asian inspired screen that gave some architectural interest to the otherwise ordinary sliding doors. The rest of the furnishings were just mismatched items arranged around a pool table. The Orlando interior designer Helene Bonello-Strauss took the screen as a starting point for the overhaul. For the re-design she transformed the space to an Asian inspired room with transitional elements. The sofa and sofa table had low rectangular lines that reference Japanese design elements. The colors are pretty much a black and white scheme as it is found in the screens. The buffet had updated traditional design elements but because of its simplified form and the flat black finish worked well in the arrangement. The center of the room is dominated by a mid century chaise that gave some added interest to the room. It showed off the space and at the same time added some sophistication to the arrangement. Asian design is typically minimalistic and has very simplified lines. The black bench has a very low backrest and worked well in front of the sliding doors. It gave opportunity to provide additional seating without obstructing the view of the doors. The accessories go with the general direction without being too literal. Some Asian vases on the buffet speak to the idea while accompanied by sparkling accents with similar shapes. The bamboo and the grass in taller floor vases gave the visual height needed in the arrangement. All accents are held in red, giving homage to the Japanese flag. Now the screens in the back are an integral part of the whole room design and appear totally intentional. There is an old saying: “If you can not hide it, embellish it.” No one would think that those were existing items that inspired the rest of the room. We have now an architectural feature that adds value to the property because we were able to demonstrate how it will enhance the space and show in a coherent design concept. 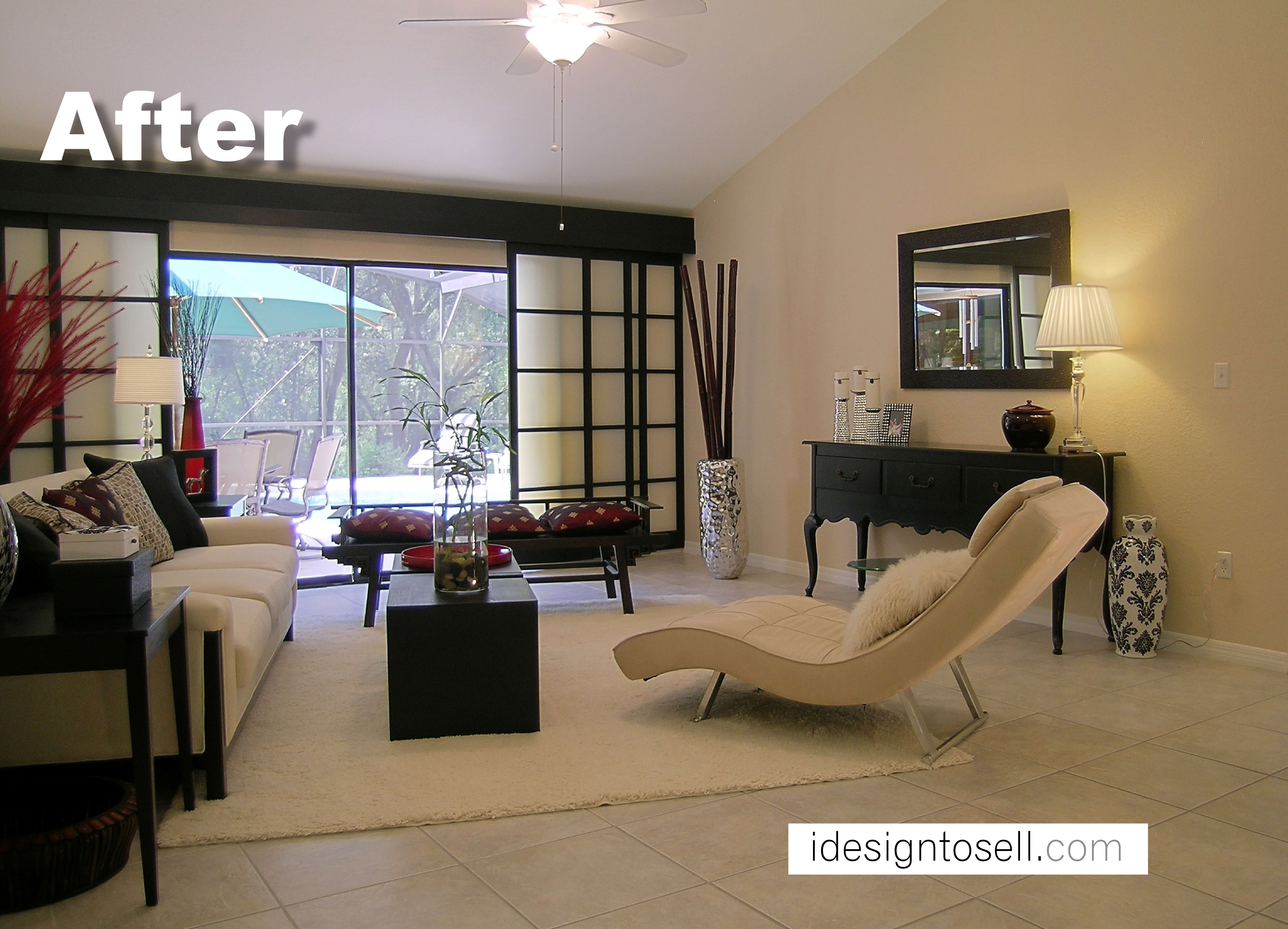 « Design Tip: How to take a tired room and refresh it with cosmetic changes
Winter Garden home sold in 15 days after staging »